Coleridge died from heart failure, allegedly induced by opium, on the 25th July 1834. He died in the house in Highgate, London, where he had been living as a guest of the physician James Gillman and his family for the past 18 years. Coleridge’s death sparked much debate about his life and poetic legacy. Although often heavily criticised for being a drug addict, a political turncoat and a plagiarist - a man who destroyed his own career leaving behind nothing but a few successful early poems - modern biographers hold a more positive view. His later works develop themes such as Reason and Understanding, Imagination and Fancy, and Culture and Civilisation, and some critics claim that his work foreshadows the ideas of the Existentialist movement. In 1997 Oxford University Press published an English translation of Goethe’s Faust, suggesting that it was the long lost translation masterpiece commissioned from Coleridge in 1814. 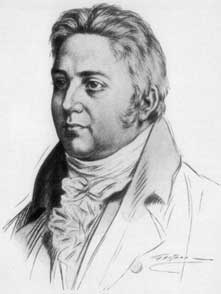