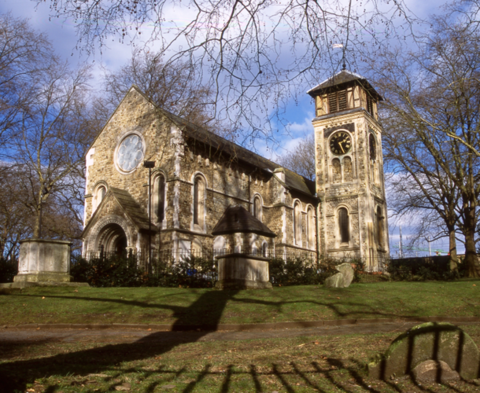 Join trustees from the Keats-Shelley Memorial Association for an enchanting evening celebrating the legacy of the Shelleys in particular. Music on arrival will be provided by the Sacco Trio, which will lead into a music recital from the critically-acclaimed composer and harpist, Harriet Adie, interspersed with poetry readings by Keats-Shelley 200 Ambassador & BBC Correspondent, Reeta Chakrabarti. This will then be followed by a short talk by Paul Hamilton, Professor of English at Queen Mary, University of London, who will provide an insight into the association between the Shelleys and St Pancras Old Church.

St. Pancras Old Church has special associations with both Percy Bysshe and Mary Shelley, who conducted their courting in its graveyard and which was already familiar to Mary. Her mother, Mary Wollstonecraft, had been buried here in 1797 shortly after giving birth to Mary. Her father, William Godwin, was buried in the same tomb in 1836.Built on the site of a Roman temple, this ancient church was once surrounded by green fields and with the River Fleet flowing below its graveyard. The landscape changed dramatically in the mid-19th century with the coming of the railways and the expansion of London beyond the Euston Road. St. Pancras is now dwarfed by St Pancras International Station, the St. Pancras hotel, the Crick Institute and the British Library. Yet it remains a focus of Christian worship and one of London's hidden gems.